AHA: 78% of hospitals say experience with commercial insurers is getting worse – MedCity News 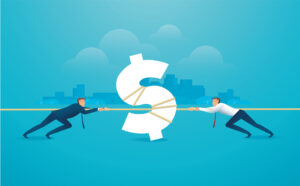 The rift between hospitals and commercial insurers is of age. But new research indicates that the relationship is not going to improve any time soon.

The survey included 304 respondents representing 772 hospitals. All respondents are members of the AHA.

In addition to the time spent on administrative procedures, costs can also be a factor in the deterioration of relations. Huge 84% say insurance policy compliance costs are also increasing.

“The misuse of utilization management tools such as prior authorization has several negative consequences for patients and the health care system,” the AHA report said. “Denials of prior authorization can delay necessary treatment for patients and ultimately result in unexpected medical bills. The extensive approval process that doctors and nurses must go through adds wasted dollars to the health care system through overuse of prior authorization, inefficient submission processes, excessive requests for unnecessary documentation, and the need to reprocess inappropriate payments and denials. coverage.’

The AHA also opposes claim denials, saying commercial health insurers are “increasingly delaying and denying coverage of necessary medical care.” However, 50 percent of claim denials that are appealed are overturned, the AHA said.

There are financial implications to these delays and denials, the AHA said. The study found that 50% of hospitals have more than $100 million in claims receivable that are more than six months old, for a total of $6.4 billion in delayed or potentially unpaid claims among the 772 hospitals in the study. Another 35% of respondents said they lost $50 million or more in revenue due to denied claims.

“These payment delays and denials of medically necessary care have serious implications for the financial stability of health care providers and compound the fiscal challenges plaguing our health care system,” the AHA said.

The report also provides several policy recommendations, including streamlining the prior authorization process and increasing oversight of insurers. In addition, the organization sent a a letter to the Department of Health and Human Services and the Department of Labor, calling for action against commercial payers.

“Health care coverage needs to work better for patients and the providers who care for them. We urge you to take additional steps to ensure adequate oversight of commercial health plans, including those offering Medicare Advantage plans, during this open enrollment season,” the organization’s letter said. “Individuals and families need to feel confident that the plan they choose during open enrollment will actually be there for them when they need care.”

“Health insurance providers advocate for the people they serve, ensuring that the right care is delivered at the right time in the right setting – and is covered at a cost patients can afford. Prior authorization prevents waste and improves accessibility for patients, consumers and employers,” Christine Grow, AHIP spokeswoman, said earlier. “Health insurance providers have a holistic view of the health care system and each patient’s medical claims history and work to ensure that the drugs or treatments prescribed by doctors are safe, effective and affordable for patients. This leads to better outcomes and lower costs for patients.”