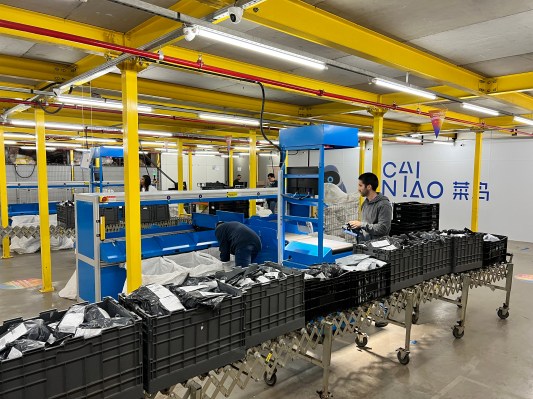 Cainiao, the logistics arm of Alibaba, is traveling far from home to seek to expand its business. The company recently launched its first parcel distribution center in Brazil, adding to its regional network of sorting centers in Mexico and Chile, it said Monday.

Alibaba’s e-commerce business in China was injured through a combination of cooling economics and aggressive competitors like Pinduoduo. For the first time, the company did not disclose the sales report for its annual “Singles Day” shopping festival, which fell on Nov. 11 and came with a Super Bowl-like gala featuring pop idols and Jack Ma himself.

Cainiao follows AliExpress overseas, helping the Alibaba-owned cross-border marketplace deliver Chinese goods to consumers around the world. But now it is ramping up in-house services in some countries, hoping to convert local retailers into its customers. Earlier this year, the logistics giant started providing an express courier service in Brazil, which now covers over 1,000 cities.

The new facility in Brazil is planned to further strengthen Cainiao’s presence in the country. In the next three years, the plan is to open nine more distribution centers in seven states and create 1,000 “smart lockers” in ten cities.

Smart lockers that allow customers to pick up their e-commerce packages have become a common sight in China. This saves couriers running up and down buildings to deliver to people’s doorsteps and helps reduce human contact during COVID-19. In Brazil, Cainiao aims to use the infrastructure for intra-city and cross-border logistics services as well as food delivery in the future. One of Cainiao’s smart locker customers is Piticas, a retail franchise focused on geek and pop culture products.

“Our consumers can shop online and receive their parcels in a few days. In the future, we look forward to collaborating with Cainiao to use its smart lockers, which gives our customers more pick-up options, as well as imports from China to Brazil, further increasing the efficiency of our supply chain,” said Vinicius Rossetti , CEO of Piticas, in a statement.

Cainiao also wants to help Brazilian traders export goods such as coffee, nuts and propolis to China, reversing the traditional trade route. The company currently operates eight weekly charter flights between China and Brazil and plans to add more air and sea routes between the countries.

In July Cainiao open its sorting center in Israel, bringing the number of overseas sorting centers in use to ten at the time. As of June, Cainiao has more than 7,700 smart lockers in operation in Europe. The logistics unit accounted for roughly 5.6% of Alibaba’s revenue in three months until June.