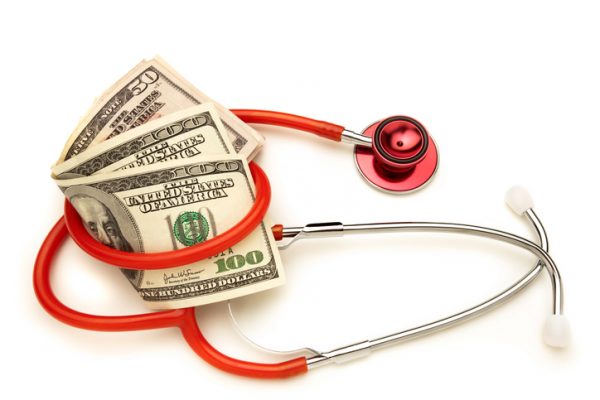 Doctors should conduct health checks on their own business. They are probably missing out on the money their health insurers owe them.

Medical billing has become so complicated that doctors are giving up millions of dollars in earned payments. With about 70 thousand ICD-10 codes used to identify patient illnesses and injuries, and about 7,000 more CPT codes to cover medical services and outpatient-only procedures, along with other bill processing requirements, it becomes increasingly difficult to ensure that the bill is accepted and reimbursed in a timely manner. These delays cost both doctors and their patients in terms of dollars and health.

Private insurance companies, Medicare, and Medicaid generally use the same coding language—and regularly reject reimbursement claims they believe are incorrectly coded. And then the claims have to be redone and resubmitted. At the same time, each insurer has its own set of rules and reimbursement rates. The paperwork to get it right, never mind an appeal, is staggering. (No wonder “medical documentation specialist” is considered a developing career field.)

By some estimates, insurers deny nearly 20% of in-network claims, with many providers having a denial rate of 30%. The issue reached such a crescendo that the news organization ProPublica asks doctors, health professionals, patients and insurance company employees to share their stories of denied claims and unpaid bills for an investigation that is being prepared.

I personally know of one medical practice that collected only $80 million of the approximately $100 million legally and fairly owed by insurers. That’s 80 cents on the dollar. In fact, the mid-80s is not uncommon among the doctors I’ve worked with. In contrast, many industries typically recover 97 to 98% of their bills.

I suspect this is the main reason doctors are giving up solo or small practices and working for large healthcare organizations, hospitals and other employers with staff to oversee the reams of non-medical details. Many are also moving to concierge services and requiring cash upfront from patients, regardless of their insurance status.

As a business consultant who has spent more than two decades specializing in change, I have worked on some massive business restructurings, some of the largest in history. I am no stranger to financial mistakes and messes. But even I am surprised by the byzantine medical billing system with medical codes that can only be described as odd: sucked in by a jet engine, subsequent encounter (V97.33XD) or struck by a macaw, initial encounter (W61.12XA). don’t worry Exploding bicycle tires, tidal waves due to a landslide and simply walking into a wall are also among the more than 4,000 injuries that doctors or their staff can choose from.

Not surprisingly, efforts are underway to streamline this madness, in part by moving from a fee-based structure to one more closely tied to health outcomes. It remains to be seen what this will bring though. In the meantime, doctors need to do something to iron out their own billing systems. Technology helps (and has also hurt by making all these codes possible in the first place and expensive for small practitioners).

Think data, workflow and analytics. Eliminating bad debt down the line, like so much in life, is in the details.

These steps can help restore the financial health of struggling and underpaid medical practices. It’s that proverbial tough pill to swallow, but medicine is also a business, and while the coding system and insurance practices may be intractable, they can be better managed.