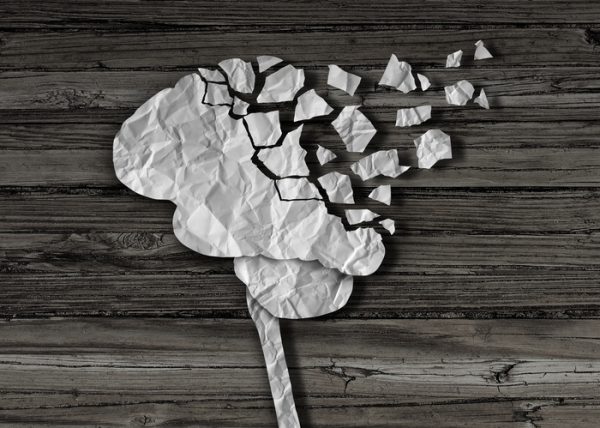 Bipartisan state lawmakers in Montana have shown support for a plan to end the practice of sending people with Alzheimer’s disease, other types of dementia or traumatic brain injuries without their consent to Montana’s troubled state hospital and instead refer them for treatment at their communities.

But a budget projection attached to the proposed legislation raises questions about whether Montana communities, many of which are still struggling from previous budget cuts and insufficient Medicaid reimbursement levels, will have the capacity to care for them by July 2025. , when the involuntary commitments will cease under the plan.

Health department officials essentially acknowledged this in the accompanying fiscal memo House Bill 29, sponsored by Republican Representative Jennifer Carlson. Health officials write the unsigned fiscal note that 24-hour skilled nursing facilities are often the only appropriate settings for such patients, and that few such facilities “are willing to accept these individuals as an alternative site to the Montana State Hospital.”

As a result, health department officials expect to transfer patients diagnosed with Alzheimer’s, another dementia or traumatic brain injury from Montana State Hospital to state mental health nursing center, a 117-bed long-term residential facility in Lewistown for people with mental disorders, if the bill passes. The health department says the facility is for people who “require a level of care not available in the community, but who cannot benefit from the intensive psychiatric treatment available at Montana State Hospital.”

Department officials expect to move 24 patients from the state hospital to the Lewistown facility between fiscal years 2025 and 2027 if the bill passes. The cost of caring for those patients at the Lewistown facility will start at $181,062 per patient per year, for a total cost of about $10 million over three years. The beds they vacate at Montana State Hospital are likely to be immediately filled by other patients, so there won’t be any expected cost savings there, according to the fiscal memo.

Department of Health and Human Services spokesman John Ebelt did not immediately comment on the document outlining the expected transfers.

Carlson said she was surprised that health department officials were expected to transfer patients to another state facility when the bill’s purpose was to facilitate treatment in the community.

Carlson said some dementia patients are referred to the state hospital as a last resort because there are no other options to provide the intensive care they need.

“But that excuse isn’t good enough for me,” Carlson said. “There has to be somewhere else for them to go.”

The Centers for Medicare & Medicaid Services cancel the hospital’s certification after investigating a series of deaths and injuries there that resulted in the loss of federal funding. The hospital has been strained by high vacancy rates and staff turnover, resulting in a reliance on higher-priced temporary staff and contributing to the hospital’s waiting list.

The bill’s goal of removing patients with dementia or traumatic brain injuries from Montana State Hospital and into community care has bipartisan support. The Interim Committee on Children, Families, Health and Human Services voted unanimously last summer to send the bill to the full Legislature. Carlson’s HB 29 was scheduled for its first hearing Jan. 13 in the House Human Services Committee.

Matt Koontz, executive director of the Montana chapter of the National Alliance on Mental Illness, said there is broad agreement that a state hospital is not the place for Alzheimer’s patients. The reason the state is in this situation is because community centers don’t have the capacity to care for the growing Alzheimer’s population, he said.

“The positive thing is that at least someone is being proactive and saying this is not right,” Kuntz said of the bill.

“Institutionalizing a patient is incredibly expensive and should be avoided whenever possible, and that’s the essence of Carlson’s bill,” Kuntz said.

House Minority Leader Kim Abbott said the health and safety of the most vulnerable members of the community is a top priority for the Democratic caucus.

“Community care that’s closer to the family makes a lot of sense, but we want to make sure we’re vetting it well,” Abbott said.

Carlson said HB 29 does two things: First, it ends the involuntary commitment of people who shouldn’t be in a mental institution, she said, unless they pose an immediate threat to themselves or others. Second, the measure outlines a plan to provide appropriate care within patient communities.

Kuntz said the bill’s 2025 deadline to end involuntary commitments gives officials and lawmakers a chance to come up with ways to improve it.

The bill would create a transition committee made up of legislators appointed by governors and state officials with expertise in medical facilities, Alzheimer’s disease and other types of dementia and traumatic brain injury. The panel will be tasked with finding answers to some big questions, such as where patients can go for care instead of the hospital and figuring out the logistics of moving patients already in the state hospital. The panel will also track progress in developing community-based services until the involuntary commitments end in 2025.

Carlson’s bill also directs the health department to give geriatric state hospital residents or those with Alzheimer’s, other forms of dementia or traumatic brain injuries priority admission to nursing homes.

“It’s a mandate to improve our community-based systems,” Carlson said.

But those nursing homes are facing problems of their own, with 11 announcing closings last year amid job vacancies and Medicaid reimbursement levels too low to cover the cost of care. A commissioned study from the state government recommends raising those rates to $278.75 per patient per day. But Gianforte’s budget proposal includes partial financing only of that recommended increase: $238.77 per patient per day by 2025.

Montana Health Care Association represents state-run homes for the elderly. Executive director Rose Hughes said nursing homes were probably the places to care for these patients. But there must be a step between ending involuntary commitment and transferring all patients to community centers that cannot yet support them, she said.

“For it to be successful, there really needs to be an effort to support community providers,” Hughes said.

She does not believe there should be a hard deadline to end involuntary commitments until these community resources are in place. But, she added, there will be one more legislative session before the 2025 deadline for lawmakers to extend the process if necessary.

“There may not be enough time to solve the problem,” Hughes said. “But I don’t think the problem will be worked on unless there’s a deadline.”