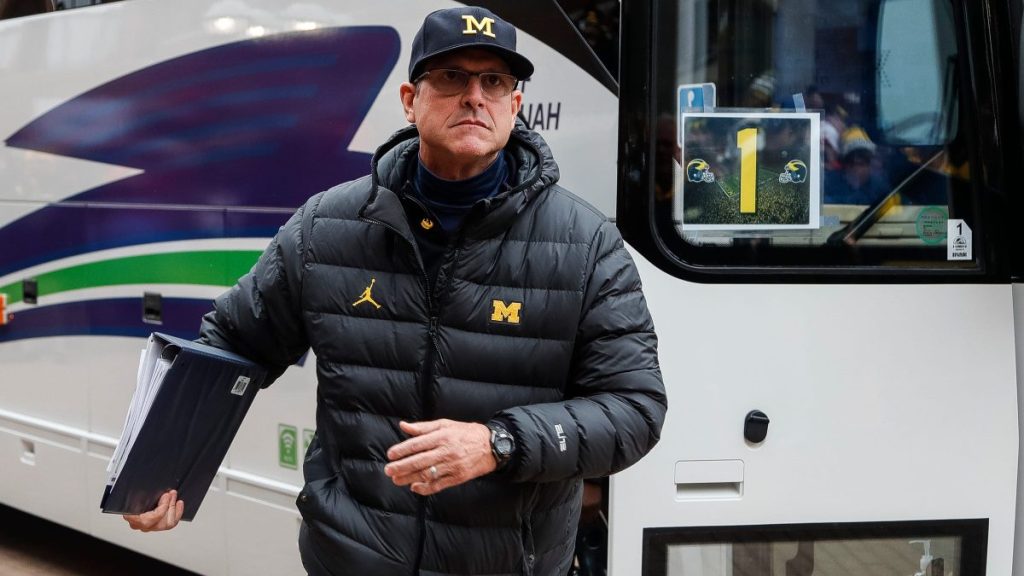 Jim Harbaugh and his Michigan program are under investigation by the NCAA for alleged recruitment violations.

If Harbaugh wants an emergency hatch, he might have one in Denver.

According to a report from NFL Network’s Tom Pelissero, the Broncos will interview Harbaugh for the head coaching position early this week.

The #Broncos plan to interview Jim Harbaugh for their head coaching job early this week, according to sources.

Denver’s new owners want to make a big splash, and landing Harbaugh the former #49ers and current coach at the University of Michigan – will be as big as it gets. pic.twitter.com/noAn5wr41T

Harbough stated intends to stay in Michigan. Still, working in Denver may be the most attractive job in the industry this hiring cycle.

The Broncos had one of the best defenses in the NFL this season. However, they finished 5-12 due to issues with signing Russell Wilson a five-year, $245 million extension after being traded by the Seattle Seahawks. Wilson regressed horribly in his first season in Denver, posting a 36.9 QBR, which ranked at number 27 in the league among starters.

If Harbaugh believes he can solve Wilson’s problems, that could be difficult for Michigan and other contenders like the Carolina Panthers — who also hope to recruit Harbaugh — to compete in the recruiting race.

2023 Wolverines Recruiting class is ranked number 17 in the country and their class of 2024 it is currently number 14.