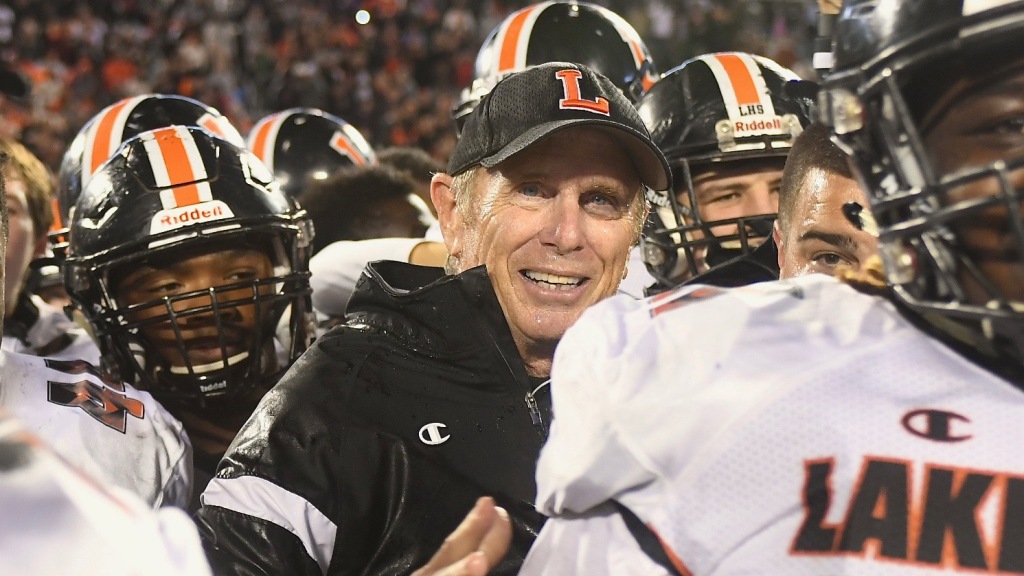 Players win championships, not organizations. That said, it certainly doesn’t hurt to have a good head coach – especially at this level, with players being replaced every four years.

Lakeland (FL) is losing big. Bill Castle has been their head football coach for the past 47 years and has been a part of the program for 52. However, he recently announced his retirement after Lakeland won the state championship over Venice.

Castle admitted to Fox13 that he will miss coaching.

Lakeland finished the season ranked No. 12 in the our Super 25 rankings. Their sporting director says they have yet to decide on a replacement.

After 52 years at Lakeland High School, Bill Castle has announced his retirement from coaching. pic.twitter.com/9P5UmGAJ27

Highlights, honors from the Under Armor All-America Game