Medieval monks were full of worms 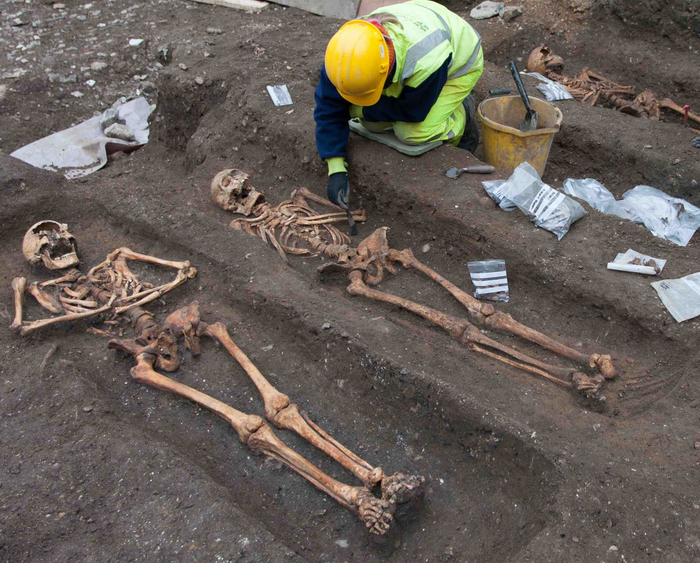 When it came to cleanliness, the Middle Ages were far from consistent. For the majority of medieval townspeople, sewage systems consisted solely of filth-filled cesspools—cavities cleared from the ground to collect feces and other forms of garbage. Yet, for the smallest minority of people, which included the inhabitants of monasteries, convents, and nunneries, access to running water allowed for frequent waste cleanup.

This suggests that the monks, nuns and nuns of medieval Europe suffered from less soil-borne diseases, but things are not always what they seem. In fact, according to a new a first-of-its-kind analysis in International Journal of Paleopathologymedieval remains from the city of Cambridge reveal that intestinal worms were practically twice as common among the population of Augustinian monks as the rest of the city’s population.

A wide variety of tradesmen, artisans, farmers and laborers, as well as university staff and students, made up the population of medieval Cambridge. The inhabitants of religious monasteries, monasteries and nunneries were added to the mix. Of course, the lives and living conditions of these individuals differed, as did their susceptibility to disease. For example, it makes sense to assume that monks, nuns, and nuns—who typically have laundries and toilets in their residences—would be better able to prevent diseases associated with poor sanitation.

Putting this idea to the test, a team of archaeologists studied soil samples from monastic and non-monastic cemeteries in Cambridge. “This is the first time that anyone has tried to understand how common parasites were in people following different lifestyles in the same medieval city,” says Piers Mitchell, study author and archaeologist at the University of Cambridge, in press release.

In the end, the team’s results were quite surprising. “The monks of medieval Cambridge appear to have been riddled with vermin,” Mitchell concluded in a press release.

The dirt on medieval worms

To reach this conclusion, the team took soil samples from around the pelvic areas of adult remains in an Augustinian monastery cemetery and compared them with similar samples from a parish church cemetery. Specifically, archaeologists looked for remains of worms and worm eggs in the soil, which would be indicative of a parasitic infection.

Analyzing 19 individuals from the monastery cemetery and 25 individuals from the church cemetery, the team found that 11 of the monks (about 58 percent) were infected with intestinal worms, while 8 of the townspeople (about 32 percent) were infected with the same problem , a percentage that mirrors the figures for medieval remains elsewhere in Europe. Simply put, worms were much more common among the inhabitants of the Augustinian monastery.

Two types of worms were found in the remains – roundworms as well as whipworms – and since both were caused by poor hygiene, archaeologists theorize that the different levels of infestation are related to different approaches to waste management. Although the team crossed the lack of clean toilets off their list of possible causes, one possibility for the difference comes from the monks’ use of their own waste to fertilize the plants in their gardens. “This may have led to recurrent infection with the worms,” ​​Mitchell said in a press release.

Despite the increased risk of parasite infection, previous studies have shown that individuals buried in monastic cemeteries tended to live longer than city dwellers buried in parish cemeteries, possibly due to a difference in diet. In the end, everything is a compromise. While the monks’ lives were longer, their intestines were also writhing with worms.