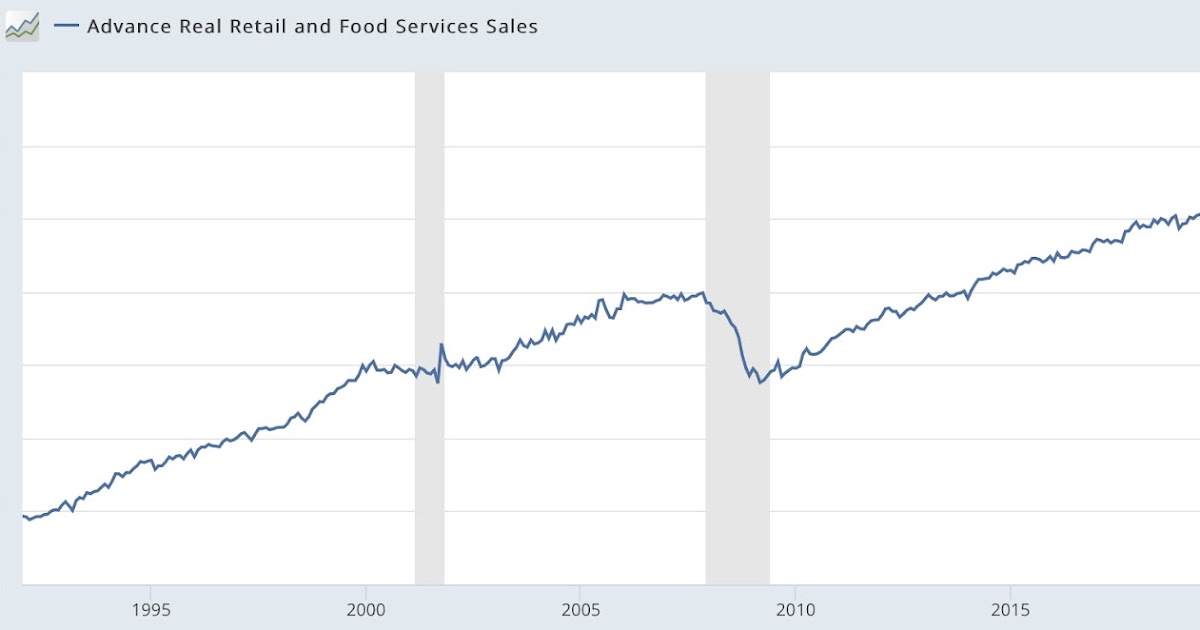 Real retail sales, one of my favorite metrics, was updated this morning for December and it was significant.

Not only were retail sales down -1.1% for the month in both nominal and real terms; it’s that both October and November were revised down by -0.2% and -0.4% respectively, so the final figure is significantly worse than would otherwise be expected.

How so? First, here are actual retail sales in absolute terms for the past 25+ years:

Note that in the year before the 2001 and 2008 recessions, real retail sales were flat. As shown in the snapshot of the past two years below, last month was the worst performance since February 2020, before the latest pandemic stimulus was enacted:

This shows as the second month in a row with a negative year-over-year reading (which is pretty impressive in a negative way because December 2021 was *terrible* due to the initial Omicron COVID mega-wave) (I’ll go back to a red line showing the change on an annual basis in wages for a moment):

Here is the long-term view on a year-over-year basis:

As I have noted many times, real retail sales that are negative on an annualized basis, at least for more than a month or two, are an excellent harbinger of an impending recession. In fact, the relationship goes back about 75 years. Although I discounted the negative numbers from spring 2021, as I wrote yesterday, due to distortions due to comparisons with the stimulus months in spring 2021, there is no distortion in these negative readings. If they continue any longer, that would be very strong evidence that a recession is near.

Which brings us back to the red line in the graph above. Remember that consumption leads to jobs. If we skip the months of March-May, we have 7 months of absolute weakness in consumption growth and a slowdown in job growth. This morning’s report is a powerful warning that we should expect job growth to slow further, and perhaps sharply.