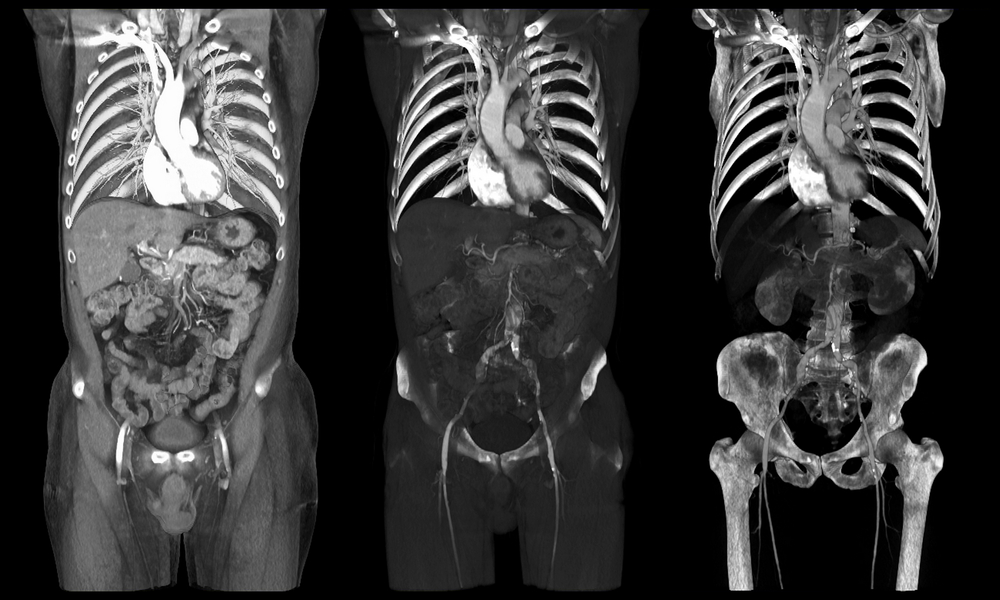 Whole body imaging is a technique that scans a person’s insides for early warning signs of heart disease, cancer and other worrisome conditions. There are different ways to perform these scans, but the most commonly used X-rays to create cross-sectional images of the body. A computer then stitches the images back together to create a 3D model of the entire body.

This can be used to plan certain types of surgery, but it’s also offered as a kind of screening service to give health-conscious people peace of mind – at least that’s the promise.

The reality is that whole-body CT scans are difficult to analyze, not least because it is difficult to identify all the different organs from the mass of tissue that makes up the human body. So doctors have turned to computer vision systems to do the job instead.

The task is to use the scan data to identify the organs, structure and bones as well as their three-dimensional shape. However, the current crop of algorithms doesn’t work particularly well, say Jakob Wasserthal and colleagues at the University Hospital Basel in Switzerland.

Some of these algorithms are difficult to use, others are trained on ultra-clean images and therefore do not work on the noisier images that radiologists make in a clinical setting.

Another problem is that an algorithm may only work for one or a small number of anatomical structures. This forces doctors to use several algorithms for different structures, which dramatically increases the complexity of the data analysis process.

As it turns out, the team has developed an algorithm called TotalSegmentator that does just that. In tests it works fine. “In 1204 CT images, we segmented 104 anatomical structures (27 organs, 59 bones, 10 muscles, 8 vessels) covering the majority of relevant classes for most use cases,” the team says. pointing out that it would take a human annotator about ten years to complete an equivalent task by hand.

However, the algorithm is not perfect. For example, it sometimes misses small sections of tubular structures, such as arteries and the colon. It can also mix classes of adjacent vertebrae and ribs. “Being aware of these things can be useful when using affected class segmentations,” Wasserthal and company say.

In other cases, the algorithm is very accurate. The team tested the algorithm by analyzing how body structures change throughout a person’s lifetime. Using a dataset of more than 4,000 whole-body CT scans of people aged 18 to 100, they asked the algorithm to automatically identify structures such as the liver and the left atrium of the heart. They then see how these structures have changed over time.

They found that left atrial volume and density increased throughout life. In comparison, the liver increases in volume until the age of 50 and then shrinks. “The same analysis can easily be done for all 104 classes [of body structures]”says the team.

It’s impressive work that could make whole-body scanning more useful and more common. Whether they will calm anyone down is another matter entirely. TThe US Food and Drug Administration says so “knows of no scientific evidence showing that whole-body scanning of asymptomatic individuals does more good than harm to the people being screened.”