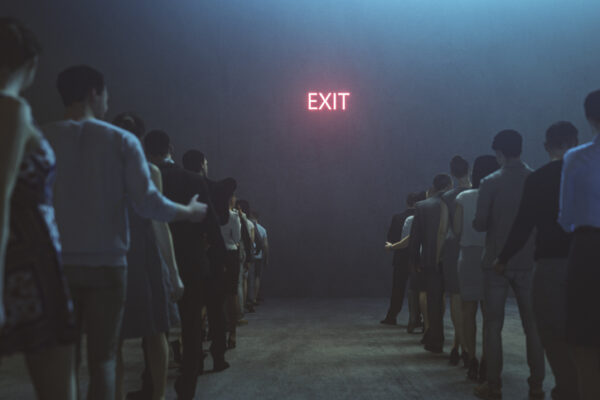 During open enrollment, millions of American workers and retirees are considering whether to stay with their current health plan or choose a new one next year. Unfortunately, many consumers find this a confusing process, especially those who have left the workforce and are now choosing from a wide range of Medicare Advantage plans rather than a select few employer-sponsored plans.

The degree of difficulty in evaluating plans, as well as the overall low satisfaction with plans for those aged 65 and over, is reflected in the fact that 22 percent of currently enrolled Medicare Advantage members plan to make a switch during this open enrollment period – many after just one year with their current health plan. This is particularly problematic for the Medicare Advantage population, which tends to have high rates of chronic disease and age-related health problems that require continuity of care.

While it is easy to attribute a lack of member loyalty to poor customer service with certain health plans, this cause alone is too broad to be helpful in solving the problem and reducing member churn. I argue that the real root cause of the movement is bad data. Specifically, poor provider data that makes it difficult for Medicare Advantage members to know which providers are in network and which plans can help reduce their out-of-pocket costs.

According to a February 2020 Medicare Cost and Satisfaction Survey, enrollees’ top concerns when choosing a plan include surprise billing and provider network availability—both of which can be traced back to the quality of the plan’s data. Sixty-three percent (63%) of respondents said getting a surprise medical bill is their top concern when getting medical care, and 38% said they worry about their doctors being out of network when choosing a plan.

These concerns are especially important for Medicare members, many of whom live on fixed incomes while managing one or more chronic conditions. They live in fear of opening the mailbox and finding a medical bill they didn’t expect and can’t afford to pay.

So how do we fix these problems? The solution is actually enshrined in the No Surprises Act (NSA), a piece of federal legislation designed to address these concerns. Although most of the media attention the NSA has received has focused on billing providers, there are also requirements for health plans under this law. In fact, there is an NSA provision that requires plans to make updates to their provider directories within 48 hours of receiving new provider data. As plans work to be in compliance, they will make it easier for their members to get accurate information about which providers are in network, reducing both surprise bills and out-of-pocket costs. In other words, as the data becomes more accurate, members’ main concerns are addressed.

The first interaction most members have with their health insurer is to try to find a doctor in the plan’s directory and make an appointment to receive care. On average, however, the data feeding these directories is of such poor quality that consumers can wade through up to 40 records before finding a provider who is actually online, in their geography, and available for an appointment.

Additionally, there are many barriers to consumers doing their own research to verify the accuracy of provider directory entries – ranging from a lack of familiarity with new technologies to unreliable Internet access to commitments that prevent them from making calls during business hours when the providers’ offices are open, for people who do not speak English.

These members naturally contact their plan’s call center for help when they go online. However, call centers rely on the same data as online directories. This means that this second touch point with the plan often provides no added value and actually creates even more frustration for consumers. It’s easy to see why 22% of Medicare Advantage plan enrollees are frustrated enough to make a major change in their health care.

When we look at the demographics of who changes plans most often, these are the groups that are considered “high needs” and therefore particularly vulnerable. This signals that bad data isn’t just inconvenient and undermines trust; it also perpetuates a negative cycle of health inequities.

What health plans can do to improve data and, by association, member satisfaction

A accuracy study of Medicare Advantage directories found that between 45-52% of provider directory listings had errors, with some individual plans having error rates as high as 98%. This constant level of errors, despite throttling mechanisms such as those in the NSA, fuels member dissatisfaction and thus leads to unsubscribing. So why do plans “allow” bad data to exist?

Plans receive provider data from myriad sources; data comes quickly and frequently and in different formats across the continuum of care. Entering this information into the plan system is often a manual process that consumes extraordinary resources while maintaining a high level of error.

That being said, recent advances in data automation solutions mean that it doesn’t have to be as challenging to process this data – or to do so with higher levels of accuracy. New technology platforms that use automation to both “clean” provider data and speed up processing, ultimately leading to more initial touch points that feel satisfying to members (not to mention promoting NSA compliance) .

Introducing new systems can sound overwhelming or disruptive, but it doesn’t have to be. In fact, there is some low-hanging fruit that plans can take advantage of right away. Starting by correcting a few basic details, such as doctor practice addresses, phone numbers and specific specialties, can have a huge impact on accuracy and make more members happy.

With open enrollment season winding down, plans that are seeing high withdrawal rates — especially Medicare Advantage plans — shouldn’t panic. There are other times during the year when these members make health care choices, so plans will have other opportunities in 2023 to increase member loyalty. The key is to understand that bad data is the main driver of unsubscribes and create a plan to improve data quality.