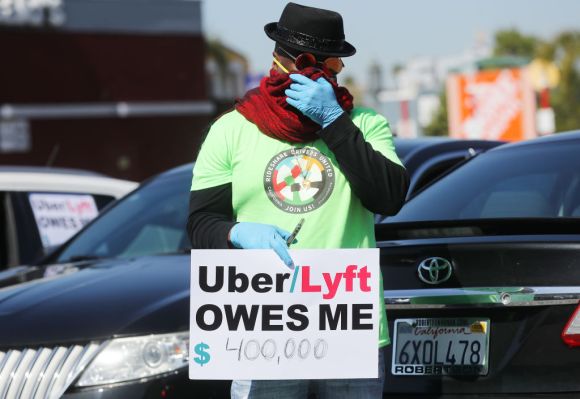 Uber and Lyft will have to raise minimum pay rates for New York City drivers by the end of the year. Engadget reports. The fare increase comes amid a post-pandemic driver shortage, largely due to rising operating costs.

The city’s Taxi and Limousine Commission (TLC) voted to increase drivers’ per-minute rates by 7.42% and per-mile rates by 23.93%. Yellow and green taxi fares will also increase by 23% by the end of this year.

The Commission hopes that the increase in pay rates will attract more taxis and drivers to the roads to serve the growing passenger demand.

“Raising taxi fares and the minimum wage for high-volume drivers is the right thing to do for our city,” TLC Commissioner David Doe said in a statement. “This is the first increase in taxi fares in ten years and these increases will help offset the increased operating and living costs of TLC-licensed drivers.”

Under the new rates, a typical 30-minute trip that travels 7.5 miles would require a minimum driver pay of $27.15, which is $4 more than the original rates and more than $2.50 more than the current rates, according to TLC. The commission noted that this is still a minimum and companies can pay drivers higher than this amount. Companies will continue to choose how much to charge passengers.

It’s not yet clear how this will affect Uber and Lyft customers, and neither company has yet explained whether they will pass the cost on to passengers. In terms of metered trips, the new drop rate will be $3.00 compared to $2.50. Unit prices will range from $0.50 to $0.70. That means an increase in passenger fees of about 22.9%, according to TLC. So a $15.97 ride will now cost $19.62.

In February, Uber and Lyft drivers received 5.3% increase minimum driver pay due to inflation and higher operating costs. Today’s price increase is in addition to this. Hail drivers can also expect to see an additional fare increase in March, which will be based on inflation compared between December 2022 and September 2022.

Last month, Uber urged the city to vote against the proposed fare increase, saying it was “economically unjustified,” because it meant the agency would lock in this summer’s high gas prices forever, only allowing costs to rise going forward.

“While moving away from dynamic pay rates was long overdue, adopting a rule that explicitly says it will not be driven by economic reality in the future hurts riders, drivers and trust in the agency,” said Freddie Goldstein, an Uber spokesman. .

The New York City Taxi Workers Alliance (NYTWA) welcomed the fare increase, saying it would provide impetus to increase drivers’ earnings to $25 an hour after expenses.

“This increase is very important for us. After the $2,300 a month I pay for rent, the expensive costs of fuel and food, what do I have left at the end of the day?” said Mamadou L Diallo, NYTWA member and Uber and Lyft driver, in a statement. “Our families, parents, children depend on us, but this is not enough. We make New York a 24-hour city. We deserve this promotion!”