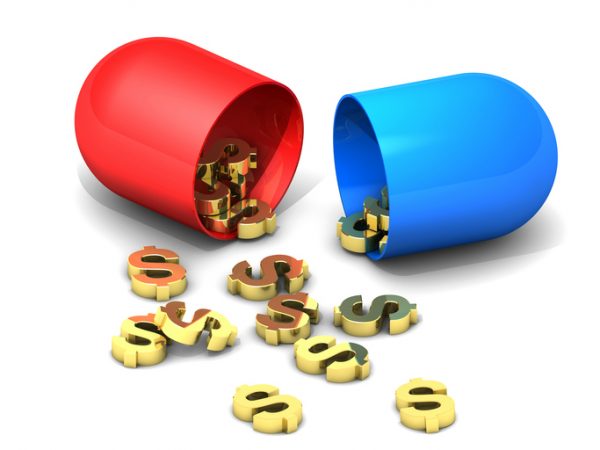 The past year has seen momentum to make health care more accessible and affordable: Highlights in increasing access to affordable care and streamlining the user experience include Amazon’s acquisition of primary care provider One Medical; and Walmart strike a deal with UnitedHealth Group to provide care to Medicare Advantage patients at in-store clinics. And in the government’s strongest steps yet to lower patient costs of prescription drugs, President Joe Biden signed the Deflation Reduction Act into law.

All of these developments are a move towards healthcare that is fairly valued for the value it delivers. In technical terms, value-based care refers to US health systems and providers receiving increased payments from health insurers and on government agency that oversees Medicare and Medicaid when patient outcomes meet or exceed certain goals—and reduced payments if patient outcome goals are not met. The model is based on paying for quality, not quantity of services; and in many cases, care providers and payers share at least some of the financial risk. Today between 6% and 15% of all healthcare revenue comes from value-based contracts. Although still a relatively small part of overall healthcare and challenges in itself, it is one of the best responses to the growing consumer demands for quality care at a fair price.

A similar model based on value and outcomes for patients is needed when it comes to prescription drugs, a key part of health care that suffers from rapidly rising prices. Currently, most drug prices are based on negotiations between health insurance companies and drug companies, and often take into account business aspects, such as how many drugs the insurer buys from a particular drug company, rather than how much a given drug improves patients’ lives or reduces future care costs. But really, patients and payers, including both health insurance companies and the government-supported Medicare and Medicaid programs, should be able to pay prices based on the value that drugs and therapies deliver.

Indeed, this is beginning to happen with the emerging practice of value-based contractingwhich allows payers to base their price negotiations and payment models on how well a drug works in real life, with drug companies accepting payments in installments as patients progress, or even reimbursing insurers for drugs that don’t work to the expected results.

As pharma becomes part of the value-based revolution, there are several lessons that can be learned from the continued development of value-based care.

At its core, value-based care takes a proactive approach, treating people before they get sick or get sicker. Examples of this include health plans that cover diagnostic blood tests or wearable and home devices that can monitor blood pressure or sleep. They can detect problems in their earliest stages, making them easier and often less expensive to treat.

Drug pricing can learn from this model of proactivity and forward thinking. For example, if insurers knew that a drug could reduce future care costs by a certain amount, they could use that figure to arrive at a fair purchase price. Basing prices on results like this will become even more important as multimillion-dollar gene therapies that aim to cure patients or dramatically reduce the effects of disease become more common. It may be worth covering the growing number of potentially life-saving and life-changing drugs, including Bluebird Bio’s $2.8 million gene therapy for blood disease. But payers also need to know that the drug actually works, and through value-based models, they can share some of that risk with drug companies with steps like paying co-pays or getting reimbursed if the drug doesn’t work.

The Importance of Data Sharing and EHR Interoperability

One of the major obstacles to the growth and success of value-based care is the challenge of sharing data between providers. Actually a recent study found that when data and electronic health records are shared in user-friendly systems, outcomes are better for both patients and caregivers in value-based care models.

This is an important lesson for those working to implement value-based prescription drug contracting. As a common system where all parties will have access to a patient’s health history, including the drugs they have been prescribed and their results, is essential for value-based contracting. For example, record interoperability will provide a way to track patients as they move between doctors and insurers, take new medications, and receive new treatments or diagnoses. This will be essential to establishing and delivering reimbursement for drugs that do not work, a key part of value-based contracting.

The importance of incentives and government support

Recently, doctors working in value-based care plans that are part of Medicare saw their federally funded bonuses for that type of care reduced to 3.5% from 5%. The bonus helps cover costs associated with launching value-based care models, including analytics and workflow software, and reaching new and underserved patients. Among the reduced bonus, a group of bipartisan senators supports a new bill to increase these payments. Several groups, including the American Medical Association, have expressed support for the proposed laws and are lobbying for increase or restore the 5% bonus because they say it is critical to expanding value-based care and reducing health care costs over the long term.

In value-based contracting, the incentive is inherent as the overall drug costs will be reduced. But it would still be useful for policymakers and industry groups to consider offering incentives to participating insurance companies to cover start-up costs. For example, to implement value-based contracting, payers must invest in a digital platform to track patient outcomes to quantify the value of a drug.

Policymakers could also smooth the way for such a transition by adopting regulations or industry standards for value-based contracting. For example, insurance companies using this model would benefit from a system that ensures that any reimbursements or copayment schemes are distributed fairly when patients change insurance plans or providers.

Clearly, government support, including many programs involving Medicaid and Medicare patients, has been instrumental in the emergence of value-based care. If the Medicare and Medicaid programs adopt value-based contracting, it could have a ripple effect on the private sector, prompting more private insurers to consider the model as well. This is actually more possible today than ever before; as the Inflation Reduction Act gave Medicare the ability and authority, for the first time, to negotiate prices with drug companies.

With the right approach, it is indeed possible to bring prescription drugs into the realm of value-based medicine. And the time is now. This is something that must be done to ensure that the life-saving and life-changing drugs being developed today, including multimillion-dollar gene therapies, reach the patients who need them, and that the cost of drugs such as generally become more affordable and fairer for those who pay for them.