Why you should visit national parks after dark 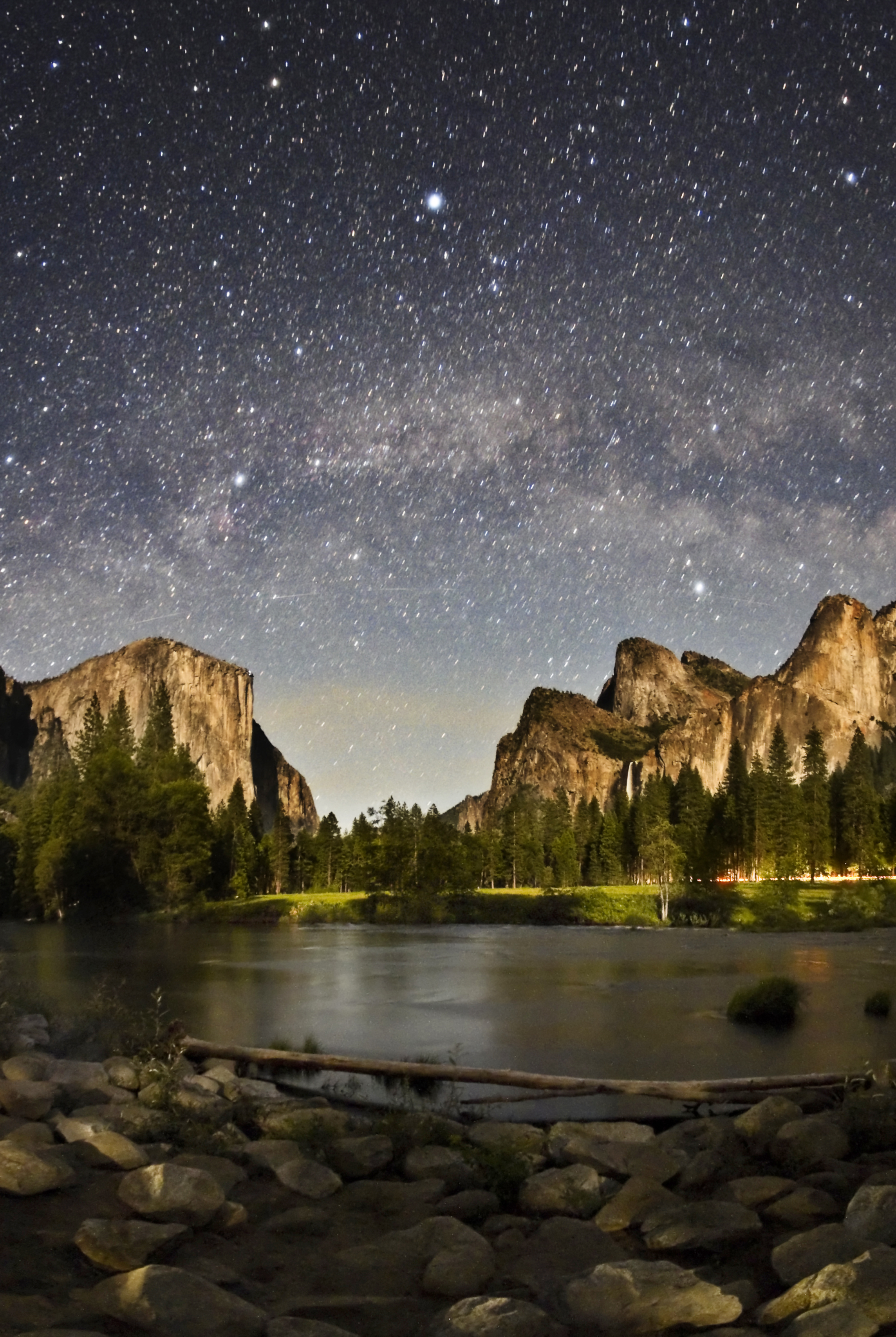 National parks can show us some of the inherent beauty of our planet. From roaring waterfalls to vast, red canyons, jagged snow-capped mountains and calm, blue glacial pools.

“Half the park is after dark.”

“Half the park is after dark” is more than a clever saying; it’s a way of life – especially for Tyler Nordgren. He is an artist, astronomer and national park enthusiast who coined the phrase and illustrated accompanying series of posters for national parks. The posters depict the midnight blue sky dotted with the vastness of the Milky Way. They usually depict a starlit silhouette of one of the park’s ride attractions, and most posters will mention “See the Milky Way” or “Half the park is after dark.” They are vital in spreading awareness of one of the best features of national parks.

“I love being able to walk in that beautiful moonlit calm where you don’t even need a headlamp,” says Nordgren. “Or if you’re there on a moonless night, being able to go outside and look at, say, the Grand Canyon and it’s pitch black below you, and then all of a sudden the starry sky above.”

Nordgren travels to various national parks, talking to visitors and teaching park rangers about the night sky. It was even the first astronomer in residence in Grand Canyon National Park.

Unfortunately, the night sky or the true night sky is not something that most people can fully experience. According to a 2016 study, over 80 percent of the world cannot see the entire night sky due to light pollution. From street lights to buildings to giant billboards—think Time Square—artificial light illuminates the night sky, stealing the stars from us. That’s why Nordgren encourages us to get rid of light pollution and experience the real night sky. It might just change your view of the world.

Meaning of the night sky

We have always seen constellations and the Milky Way, but recently light pollution has obscured the stars.

“Think about all of history and all the people who have ever looked up at the stars and wondered about the universe. That’s something we’re losing today,” says Nordgren.

With light pollution and other distractions like phone screens, people spend more time looking down than at the night sky. For many people there is nothing left to see. The night sky is essentially taken away.

Because of this, Nordgren encourages everyone to travel to national parks to experience the beauty of day and night.

“Go out into nature, see the universe beyond our own atmosphere, and it tells us that we are part of a larger universe. And when you see that, you’re in awe,” says Nordgren.

According to 2018 survey published in Journal of Personality and Social Psychology, experiencing awe can increase feelings of humility—making one kinder, more humble, and more positive. One can experience this sense of awe after hiking a mountain, seeing the Milky Way, or even experiencing other phenomena such as an eclipse.

Kate Russo, a psychologist who studies the effects of seeing a total solar eclipse on someone, finds that those who experience an eclipse feel happiness and a sense of being part of a larger universe, according to Nordgren. He shared the same sentiments when he saw a total solar eclipse.

“Trust me, if you’ve ever seen a total solar eclipse, you’ve been in awe,” says Nordgren.

“One of the comments I always get is, ‘it makes me feel so small,'” Nordgren explains. He emphasizes that the night sky can help you realize that you are part of something greater in the universe. He says it’s another way to feel humbled and in awe of the galaxy above.

Experience a national park after dark

When the sun goes down, the park empties out. Many park visitors have returned to their campsites or hotels and the park is now quiet and peaceful. This is a great time, Nordgren says, to experience some of the park’s best features.

He also mentions a visit to the salt pans of Badwater Basin in Death Valley National Park on a moonless night.

“You go out there and there are no cars, no insects, no birds, no background noise, no light,” says Nordgren. “And it’s the weirdest kind of sensory deprivation experience.”

When the moon is full, you can see the park in a different light.

“Walking in that cool, moonlit blue of whatever park you’re in… maybe it’s a park with a lake or a river and you see that light reflecting off the water, it’s absolutely beautiful,” says Nordgren.

Parks such as Craters of the Moon and White Sands National Monument are great places for moonlight walks. Your eyes will most likely adjust to the moon, but carrying a headlamp or flashlight is always a good idea. It’s always wise to make sure you don’t walk near rocks in the dark and to be aware of what kind of wildlife there may be in the park.

The main nighttime activity in the parks is stargazing. Some parks offer night sky programs and stargazing tours. Find a spot to stargaze or follow along with a ranger. Look for constellations, shooting stars and even International Space Station. However you choose to do it, look up and enjoy your place in the universe.