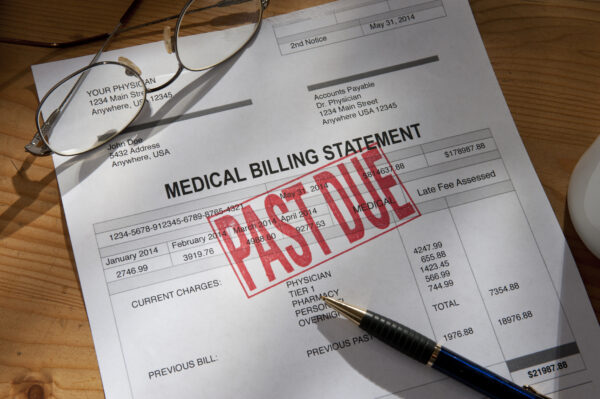 The No Surprises Act, hailed as legislation that would prevent patients from receiving shockingly high bills for out-of-network services and passed in 2021, could have unintended consequences, as the government’s projections of the number of disputes it would create look too rosy compared to reality.

When the federal government enacted the No Surprises Act (NSA) to reduce payment disputes between a patient or health insurance plan and a provider, the government projected 22,000 disputes in 2022. However, only between April and September there were more than 90,000 disputes filed.

“The patient doesn’t even know this is going on and they’re the ones who are the most affected because it’s going to cause their premiums to go up, their deductibles to go up and ultimately the cost to them will go up,” he said. Cooper. Her company works with third-party administrators to resolve disputes so patients don’t have to.

The NSA was implemented in January 2021 to protect people on group and private health insurance plans. The act prohibits certain practices, such as surprise billing for an anesthesiologist that a patient may see while in the hospital and who is out of network, for example.

As Cooper described, the process works now the payer makes the initial payment. The supplier then accepts the payment, and if they don’t accept it and think they owe more, an open negotiation period begins. If they cannot resolve it, the provider may choose to resolve it in an independent dispute resolution (IDR) process.

In the five months since the launch of the federal portal to initiate the IDR process, parties have initiated more than four times as many disputes as the government expected for the entire year, according to data released in October by the Centers for Medicare and Medicaid Services. There aren’t enough staff to handle that excess, Cooper said.

“What we’re seeing is that IDR entities are not meeting their deadlines, and it’s a very time-driven process,” Cooper said.

Has only 13 IDR arbitrators and one does not accept new disputes. “Each arbitrator handles the process differently, some by email and some through their own portal, so it’s difficult to track and monitor. Arbitrators also do not meet deadlines, but rather stop accepting offers when new disputes are received,” Cooper said.

There is a silver lining, according to Cooper. “We’re still at the beginning of this legislation,” she said, adding that she the company’s job is to educate healthcare providers and health plans about the process along the way. What’s needed now, she believes, is for CMS to provide clearer guidance. For example, before the NSA came into effect, if a provider was unhappy with a bill, they appealed to the insurance company or payer. Now that process has gone out the window.

More entities should be incentivized to process these claims so that there are not so many delays and such a backlog of claims. CMS lists certified arbitrators on its website and is still accepting applications.