The Late Triassic Mass Extinction and Why Dinosaurs Survived 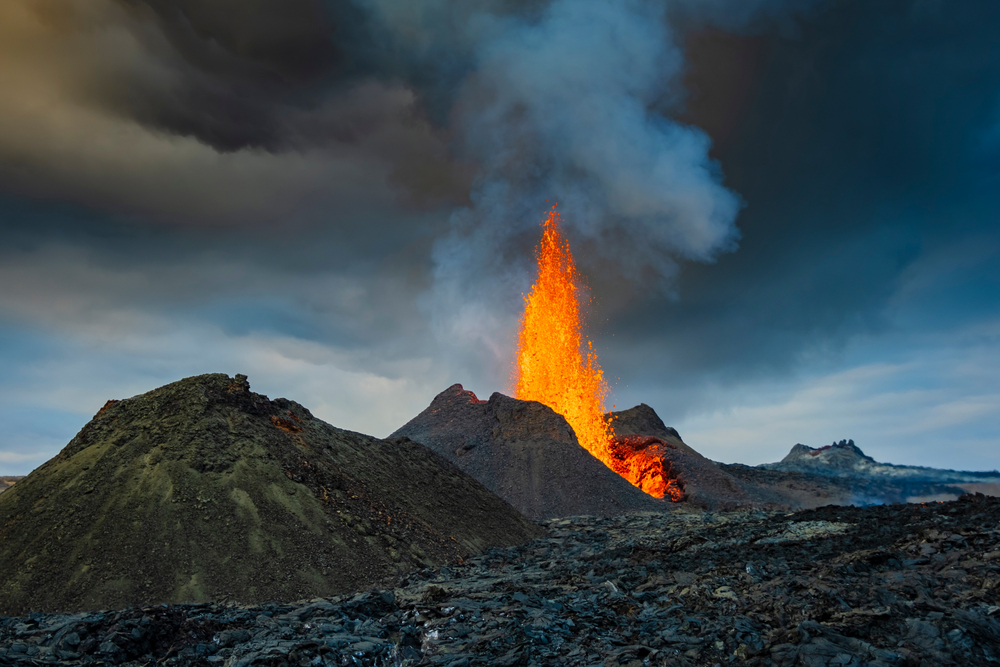 At the dawn of the Triassic period, about 252 million years ago, the ancient supercontinent Pangea stretched between the edges of the Earth. The landmass contained the geologic forerunners of all seven modern continents.

“An ambitious dinosaur could go from very close to the South Pole to the North Pole in a lifetime,” explains Columbia University paleontologist Paul Olsen.

However, the supercontinent began to split and split in the Late Triassic about 230 million years ago. As the Americas retreated from Africa and Eurasia, magma erupted along the periphery. The episode, now known as the Central Atlantic Magmatic Province (CAMP), was one of the largest volcanic events in Earth’s history.

Like the Siberian Traps, the period of volcanism that caused the end-Permian mass extinction, the CAMP had a devastating effect on global biodiversity. Greenhouse gases were released into the atmosphere and global temperatures rose rapidly. Organisms on land and in the oceans died en masse. However, many scientists also point to the end of the Triassic as the event that gave rise to the dinosaurs.

A day’s drive from Los Angeles, an old mining road winds through the desert and ends at a gently sloping juniper-strewn canyon. This place, called New York Canyon, contains layers of marine sediment that date back to the end of the Triassic extinction.

“It’s a pretty complete look at what was happening on the sea shelf at that time,” says paleontologist David Boettger of the University of Southern California.

Fossils found in sediments like those in the New York canyon paint a grim picture of life in the oceans during the Late Triassic. Carbon dioxide and heavy metals, polluted and acidified seawater. Two groups of marine molluscs, the ammonoids and conodonts, were completely wiped out, and many other marine organisms suffered catastrophic losses. Most types of coral reefs, bivalves and marine reptiles died.

Although life in the oceans suffered a significant loss of diversity during the extinction, most taxonomic groups made it through to the other side. When marine ecosystems recovered in the early Jurassic, it looked like what had come before.

“It was a mass extinction that happened to modern fauna,” says Bottjer. “The organisms that survived then re-evolved in the oceans.”

Aim for the Poles

On land, organisms are even more vulnerable to extreme weather conditions than their marine counterparts. While the ocean provides a buffer against changes in atmospheric temperature, terrestrial organisms have nowhere to hide. During the Late Triassic, the Earth became so hot that few plants or animals could survive in the equatorial and tropical regions.

However, the period was not universally hot. “Volcanic winters” followed significant eruptions. As ash blocked sunlight from pole to pole, temperatures plummeted and plants struggled to photosynthesize.

In the Late Triassic, a pile of large reptiles, pseudodry, are widespread in equatorial and tropical regions. Few of these cold-blooded scavengers and predators survived the end of the Triassic. In a recent paper, Olsen and an international group of colleagues point to volcanic winters as the main driver of these extinctions.

“Everything in the tropics that was big and uninsulated is gone,” says Olsen.

The Pseudosuchians something important was missing: a winter coat. They could not escape the extreme heat of more distant latitudes because of the risk of freezing to death during a volcanic winter.

But one group of reptiles was already adapted to the cold. Early dinosaurs developed insulating coverings of feathers to access the rich vegetation found closer to the poles. This adaptation may have made them survive the extinction and inhabited the Earth during the Jurassic period.

Dinosaurs weren’t the only land animals to survive the end of the Triassic. Proto-mammals may have burrowed into the ground to escape the extreme temperatures. Crocodiles, the only surviving order Pseudodrynessthey may have soaked in the water to escape the intense heat.

Earth’s temperature is rising today, as it was at the end of the Triassic. We are already seeing this temperature-sensitive organisms are the first to go. The further global warming progresses, the more organisms will be pushed beyond their limits. Those who survive will be adaptable. And like the dinosaurs they will inherit the earth.