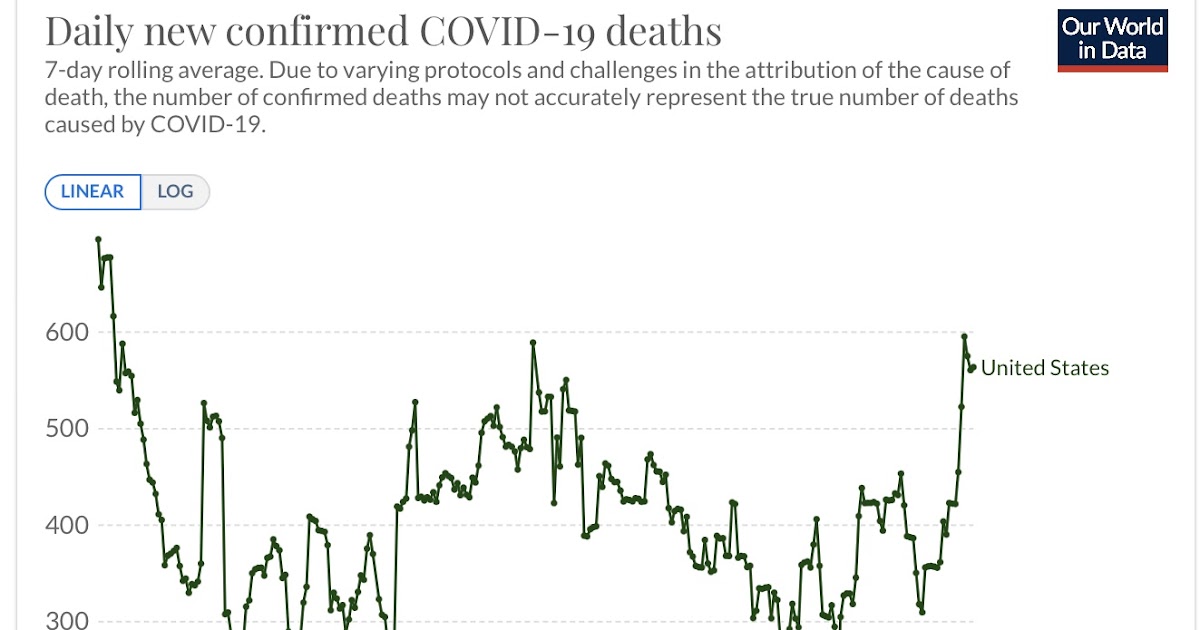 I suspect these updates will be much less frequent from now on; for example, if a significant new wave is evident.

The bad news is that any hope that vaccinations will effectively end the pandemic — in terms of infections — is long gone. The virus has continuously mutated to become increasingly infectious and far more evasive of the defenses raised by both previous exposures and vaccinations as the original strains through Delta were replaced by Omicron BA.1, then BA.2 , then BA. 2.12.1 then BA.5 and now Alphabet soup with BQ.1&1.1 and XBB.1.5: 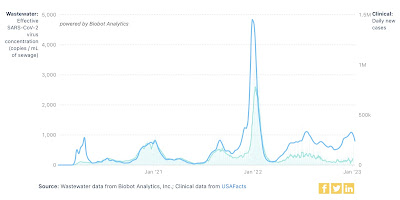 This is perhaps best illustrated by the situation in Puerto Rico and Rhode Island, two of the top jurisdictions for the percentage of people vaccinated (thin line). However, both had serious waves of infections in 2022: 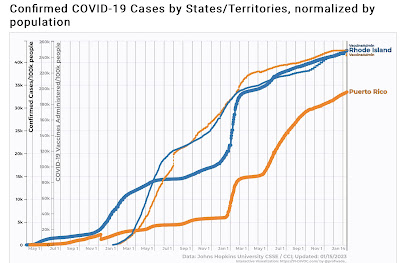 One thing I’ve considered is that maybe COVID deaths are just replacing flu deaths among the elderly. That doesn’t seem to be the case.

Also, here’s what flu infection rates looked like during the 2019 season: 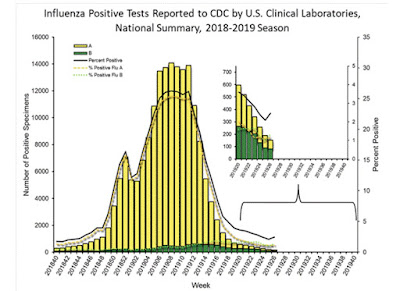 This winter we had an even worse peak that happened (for now, anyway) a few months earlier: But as I said at the beginning, at least COVID seems far less deadly now than it did in the first two years.

Here’s how hospitalizations looked from fall 2020 to late winter 2022: 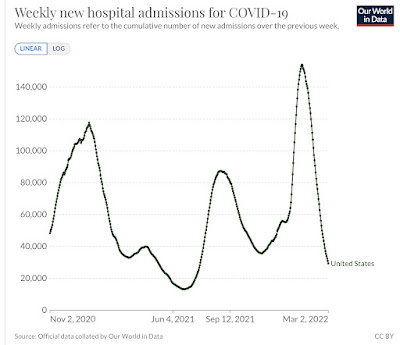 Hospitalizations appear to have peaked again on January 3, at 47,600: 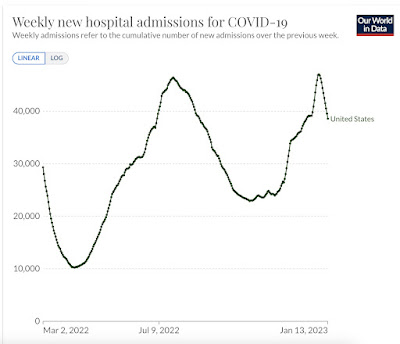 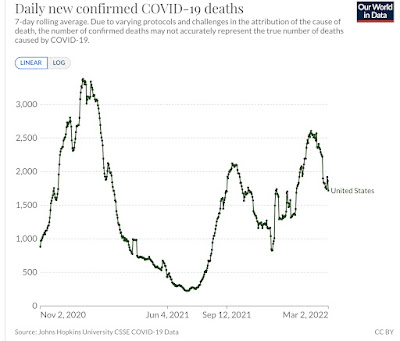 As shown in the first chart above, this year’s deaths appear to have peaked on January 11th, at 596. This is all in the face of what Biobot effluent levels show to be a higher level of infections lasting more than half a year, at a rate of approximately 1 in 1,000 people per day +/-200, as shown in the second graph at the beginning of this post.

So, the good news seems to be that just like in the first two Covid winters, the waves peaked as soon as infections from holiday social gatherings passed through the population. Even the super-infectious XBB.1.5 didn’t create a significantly bigger wave than BA.2.12.1 late last spring in terms of “true” infections, hospitalizations, or deaths.

But the bad news is that we seem resigned to a future in which perhaps 130,000 more people, most of them elderly, die more than would otherwise happen each year, and most unnecessarily, as a percentage of the vaccinated population it has almost stopped.