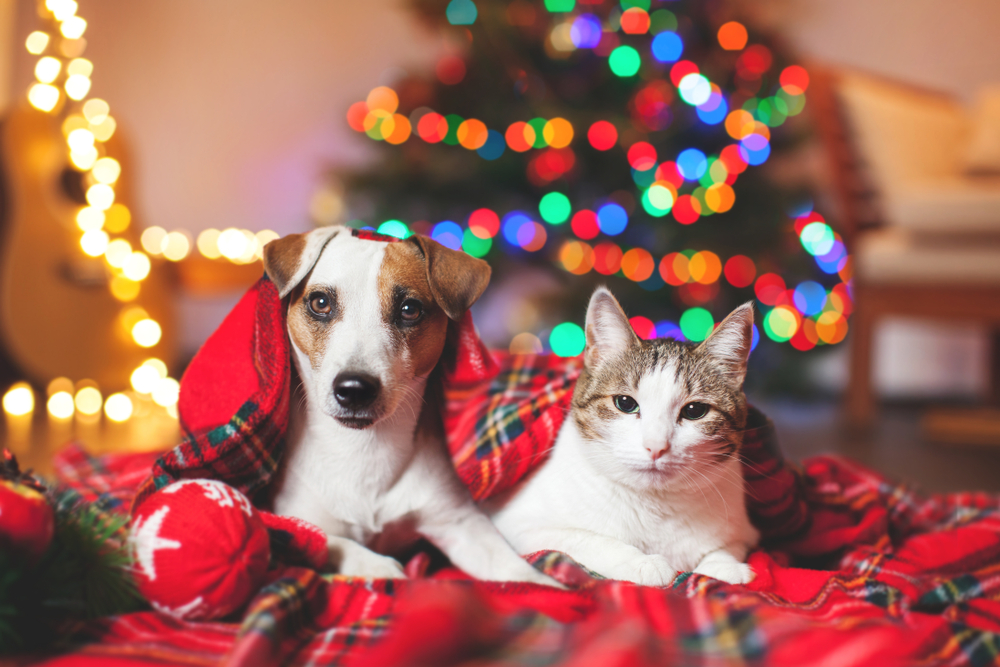 During the holidays, it is typical for people to indulge in special foods. Being a pet owner myself, I know that many pet parents also want to give their fur babies special treats.

Like veterinarian and clinical veterinary researcherbut I also know that some very common foods—including very popular holiday staples— are dangerous to pets.

Here are some of the most common food crises we vets face in the animal emergency room during the holidays and what to do if they happen.

Turkey with gravy is perhaps among the most popular holiday dishes. And most dogs or cats would certainly agree with humans that roast turkey is delicious.

However, the fat contained in turkey skin—and the excess fatty, fatty foods that can accompany it, such as gravy, butter, and bacon—do not sit well with cats and dogs. Pets that ingest excessive amounts of fat may develop pancreatitisinflammation of the pancreas, the organ that helps break down fats, proteins and carbohydrates.

Pancreatitis causes the pancreas to leak digestive enzymes and eventually “digest.” If left untreated, pancreatitis can affect other organ systems such as the kidneys and liver and even cause blood clots.

The most common symptoms of pancreatitis include vomiting and diarrhea. Pets that may have pancreatitis should be taken urgently to the nearest veterinary hospital or emergency room. The veterinarian will perform diagnostic blood tests, including a specific test for pancreatic enzymes called pancreatic lipase immunoreactivity, or cPLI/fPLI.

Treatment of pancreatitis mostly involves dealing with its symptoms. The pet receives IV fluids to help restore electrolyte balance, with anti-nausea and pain medications added to stop vomiting. Antibiotics may be needed, as well as liver protectors and probiotics, as well as a special diet.

Disorders of onions and bad bread

If only the turkey was the only problem! Many other common holiday ingredients can also harm pets.

Several types of alliums common in holiday cooking, such as leeks, garlic, onions, chives, and shallots, can be healthy for humans. However, for dogs and cats, alliums are toxic. If swallowed, they can cause hemolytic anemia – a reduced number of red blood cells.

Signs of hemolytic anemia, which usually appear a few days after ingestion, include vomiting, diarrhea, lethargy, and jaundice.

To treat hemolytic anemia in pets, veterinarians do blood tests to determine if a blood transfusion is needed. They dealing with the symptoms of allium intoxication with IV fluids, antioxidants, and anti-nausea medications.

Yeast-leavened foods such as rolls and bread are also holiday dinner staples that people should take keep away from their pets. The yeast in these foods can ferment in the pet’s warm stomach and produce toxic levels of ethanol. In pets, ethanol toxicity can lead to metabolic acidosis, which can cause a sudden drop in blood sugar, respiratory depression, seizures, and cardiac arrest.

Pet owners usually do not suspect metabolic acidosis until it is too late because it has few outward symptoms. So, if there is any possibility that a pet has ingested any type of cooked or raw yeast dough, take them to a veterinary emergency immediately.

By the way, pets can also experience ethanol toxicity by drinking cocktails or beerso keep alcoholic beverages out of their reach as well.

No chocolate for pets

Now how about that favorite holiday treat – chocolate?

Substances that can really attract people to chocolate – methylxanthines such as theobromine and caffeine – are toxic to both dogs and cats. When veterinarians provide emergency treatment for chocolate ingestion, we usually hear that children have shared their candy with their beloved pet.

Pets that swallow chocolate can develop “chocolate poisoning”, a condition in which methylxanthines build up in the body and make it sick. Signs of chocolate poisoning in pets include shaking, rapid heart rate, vomiting, diarrhea, restlessness, and even seizures.

Chocolate poisoning in pets is a medical emergency. The pet’s stomach should be emptied and given supportive therapy with intravenous fluids and activated charcoal. The vet will probably want to know the type and how much chocolate the pet ate because some types of chocolate, such as baking chocolate, may have worse toxic effects.

Chocolate is also high in fat, so a cat or dog’s pancreas won’t enjoy it either.

How about fruit? Well, there is fruit very toxic to dogs that often appear at holiday gatherings: grapes, both fresh and dehydrated into raisins.

Acute kidney disease in dogs is a medical emergency. If suspected, the pet should be taken to a veterinary hospital or emergency room immediately. Treatment is usually limited to stabilizing the pet with IV fluids.

Sweet for humans, poison for pets

While xylitol toxicity is one of the most common emergencies that veterinarians encounter these days, it is still largely unknown among pet owners.

Xylitol is an artificial sweetener often used in sugar-free products. Although safe for humans, it is a fast-acting and potentially deadly poison for cats and dogs.

Ingesting even the smallest amount of xylitol can cause pet liver for rapid insulin release, causing hypoglycemia – abnormally low blood sugar levels. Within 30 minutes, the pet will experience symptoms such as vomiting, lethargy and convulsions and lose coordination of its limbs – called ataxia.

The bottom row? Several tasty foods that are safe for humans can be very dangerous for pets in general—not just cats and dogs, but also birds, reptiles, and pocket pets like mice, hamsters, and gerbils. So make the holidays special for furry or feathered babies by giving them treats from the pet food store or vet’s office and keeping them away from the kitchen counter and the trash can.

Leticia Fanucci is a Clinical Assistant Professor of Veterinary Clinical Sciences at Oklahoma State University. This article was republished by The conversation under a Creative Commons license. Read on original article.