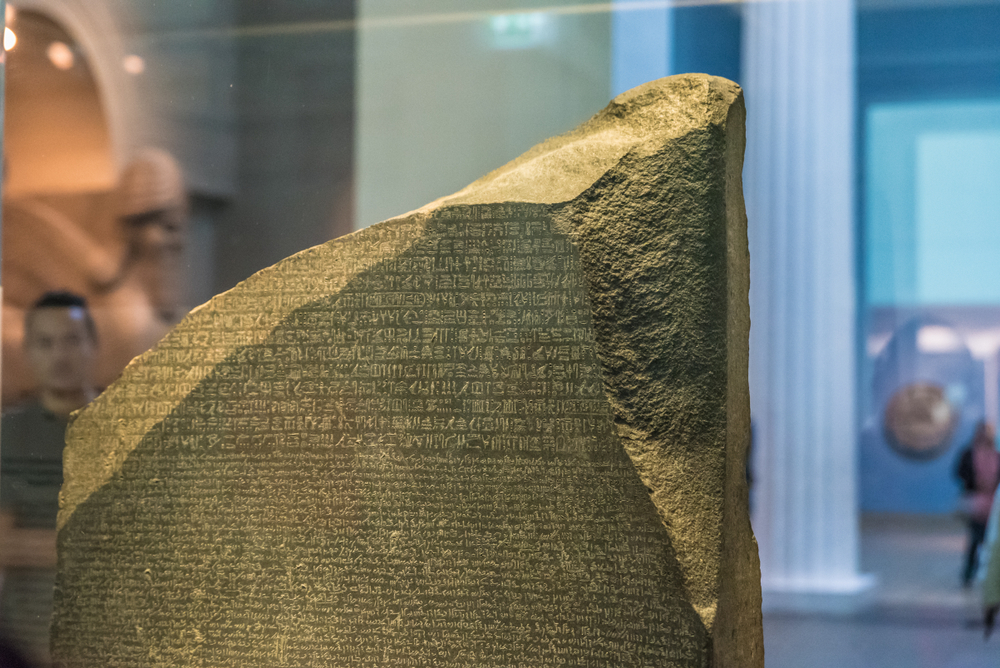 This article was originally published on September 21, 2022.

For centuries, scholars have pored over ancient Egyptian hieroglyphs and scratched their heads. Scholars had no idea what the various symbols meant and the ancient texts were a mystery.

All this changed in 1799 when a large stone was discovered in Rosetta (now el-Rashid), a port city on the Nile. The stone is inscribed in three languages ​​- Egyptian hieroglyphs, Egyptian demotic (a form of shorthand for hieroglyphs) and ancient Greek.

Scholars knew ancient Greek, and although it took them several decades, the inscription taught them how to read hieroglyphs. Dubbed the Rosetta Stone, this large stone unlocked insights into thousands of years of ancient texts.

The rosette stone was about 4 feet high and had enough room for an inscription. The upper part had 14 lines written in hieroglyphics. The ancient one The Egyptians believed hieroglyphs are the written language of the gods, and the text is usually understood only by the more educated members of the priesthood.

The middle part of the stone contained 32 lines in Demotic. To the people who discovered the stone, the demotic looked like a series of twists and turns. For the ancient Egyptians, it was a form of shorthand for hieroglyphics and was used for everyday affairs. It most likely resembled the language the Egyptians used every day.

The lower part of the text was 53 lines written in ancient Greek. The Rosetta Stone probably was written about 196 BC. when the Ptolemies ruled, who were Greeks and although they kept hieroglyphs, they preferred Greek.

Many scholars in the early 1800s knew how to read ancient Greek and quickly understood the stone’s purpose.

The stone, according to the Greek inscription, was a decree. It was to be transcribed in the three languages ​​and placed in every significant temple in Egypt. This meant that the demotic and hieroglyphic parts would be similar to the Greek text, and for the first time scholars had a chance to understand the mysterious symbols.

By 1802, scientists could infer the meaning of the Greek text. But moving the rest of the stone was a slow jigsaw puzzle process. Multiple scholars worked independently to decipher the text, and their collective findings led to the final solution. One scholar, for example, identified the hieroglyphic symbol of Queen Cleopatra. Another scholar recognizes how a certain symbol always appears before the name of a goddess, princess or queen.

The Rosetta Stone allowed scholars to read more hieroglyphics more than a millennium later the language ceased to be spoken or written. The Egyptian language probably faded out sometime between the seventh and ninth centuries, and Egyptians spoke Arabic by the Middle Ages. A historian has called the stone “revolutionary” because it opened up letters, stories, documents and inscriptions that have puzzled scholars for centuries.

Read more: The 6 most iconic ancient artifacts that continue to captivate

Although the Rosetta Stone is Egyptian, it has not been in the country for over 200 years.

The Rosetta Stone was found by members of a French military unit occupying Rashid, which they call Rosetta.

The French quickly lost military campaigns to their archenemy, the British, and then lost the stone in a surrender treaty. It was taken to England.

Supporters of returning the stone to Egypt argue that it not only belongs in the country – including the Rosetta Stone’s significance to ancient Egypt – but that it was also likely discovered by an Egyptian. The discovery of the Rosetta Stone happened when the French military was in Rashid and a unit was ordered to fortify a fort. They reused stones from a crumbling building, and the Rosetta Stone was among the rubble. At some point it was used as a building material.

It is unlikely that the French military officer who oversaw the fortification did the hard work. The stone was probably discovered by an unnamed Egyptian worker who brought it to the attention of the officer, who then took credit for himself.

Although the worker’s name is lost to history, his discovery means that 30 centuries of Egyptian history has been found.